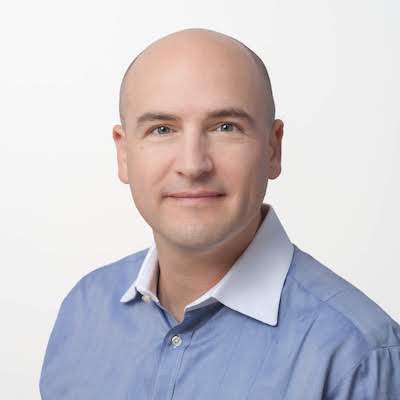 Mark is a leader in applying computational and statistical techniques to biomedical challenges in genomics and biochemistry. Before BigHat, he founded the Genomics team in Google Brain, was VP of Informatics at SynapDx, and was Co-Director of Medical and Population Genetics at the Broad Institute. He has a BA in CS and Math from Northwestern, a PhD in Biochemistry from Cambridge as a Marshall Scholar, and was a Damon Runyon Cancer Research Fellow at Harvard. Dr. DePristo's academic articles are widely published with more than 72,000 citations. 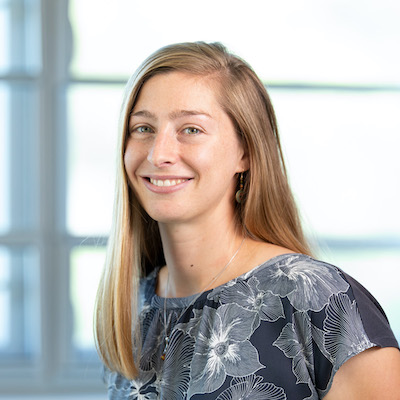 A pioneer of deep learning applied to life science problems, Peyton has developed computational, statistical, and AI/ML techniques to model, understand, and optimize biological sequences in academia and industry. Peyton was an inaugural Schmidt Science Fellow, a computational biologist at the Broad Institute, a scientific founder of Valis, and holds a PhD from Stanford University (Accel Innovation Scholar), an MPhil in Computational Biology from Cambridge University (Herchel Smith Scholar), and a BA in Applied Math from Harvard. 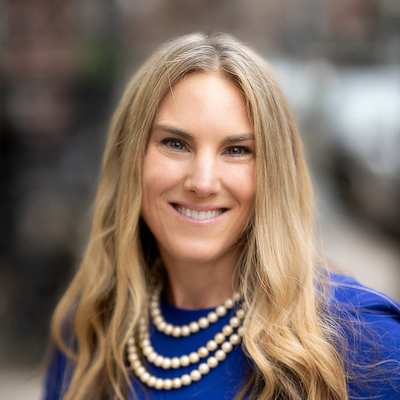 Elizabeth has over 20 years of experience in biopharma and academia drug discovery and development. She found her passion for pharmacology as a biologist in Merck Research Labs, later completing her doctorate in neuropharmacology at the University of Pennsylvania School of Medicine. After gaining growth, portfolio, and investment strategy experience at L.E.K. Consulting’s Life Sciences practice, she transitioned to GlaxoSmithKline R&D Strategy team. Most recently, Elizabeth served as the Chief Business Officer at the New York Stem Cell Foundation (NYSCF) Research Institute. 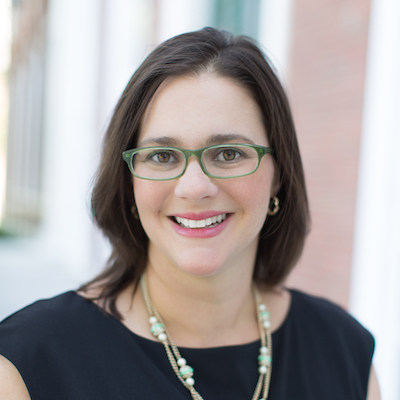 Theresa is a C-suite leader with a passion for cutting-edge science and solving big problems that drive societal impact. She is an Entrepreneur in Residence (EIR) at The Engine, a venture capital firm, and the founder of Nebula Industries, a strategic consulting firm for the diagnostic and medical device industries. Before BigHat, Theresa was Chief Business Officer at EverlyWell, a direct-to-consumer diagnostic testing firm, the Life Sciences EIR at Harvard Business School, VP of Commercial Strategy at SynapDx, and a business consultant at Putnam.​ 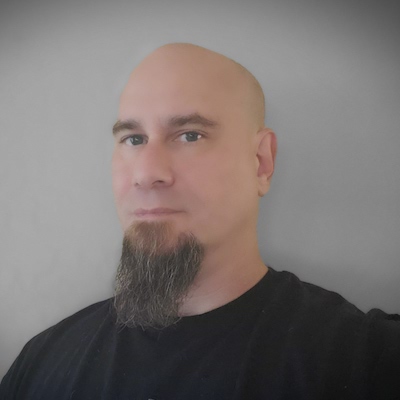 Eddie got his PhD in Philosophy from the University of Massachusetts Amherst while running software development for Boston area start-ups. He has tackled diverse problems from full stack web development to genomics pipelines. Before BigHat he was Senior Director of Engineering at GoDaddy, where he led an organization focused on automation and security and drove the transformation to a cloud native architecture. Previously, he created a web-scale analytics pipeline to match patients with medical specialists at Kyruus and a cloud-based ML for multi-omics biomarker discovery at SynapDx. 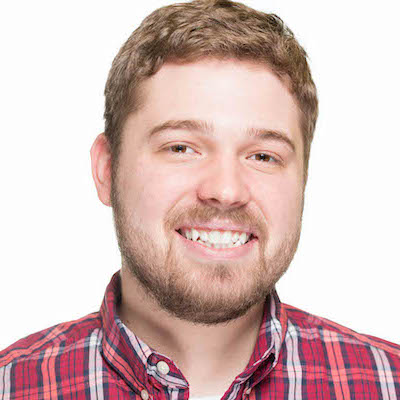 Jeremy has spent the last decade as a full-stack engineer building software in the biomedical and healthcare spaces. Prior to joining BigHat, Jeremy was a Principal Software Engineer at the Broad Institute. There, he led the development of an open-source data repository for securely storing, searching, and sharing biomedical data. Before that, Jeremy was at LevelTrigger, working on initiatives ranging from automating machine learning pipelines to implementing interactive data visualizations. Jeremy’s previous roles also include working with the analytics and ontology teams at Kyruus and supporting drug discovery at Novartis. 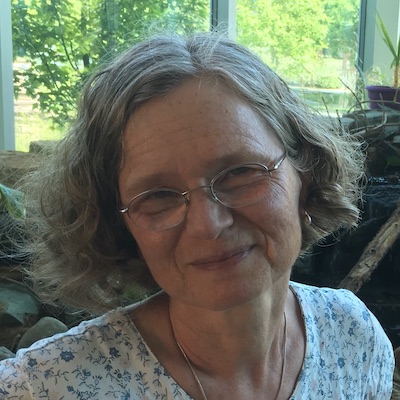 Before BigHat, Ute focused on the development of tools for the interpretation and communication of genetic analysis results. She was most recently a member of the clinical bioinformatics team at LabCorp and has previously held positions as VP of Assay Development at SynapDx and Chief Scientist at Correlagen Diagnostics. Ute received her PhD in Biochemistry from the Freie Universität Berlin, Germany, and conducted research on the biology of RNA viruses at Washington University, the Fred Hutchinson Cancer Research Center, and Stanford University before switching to human genomics. 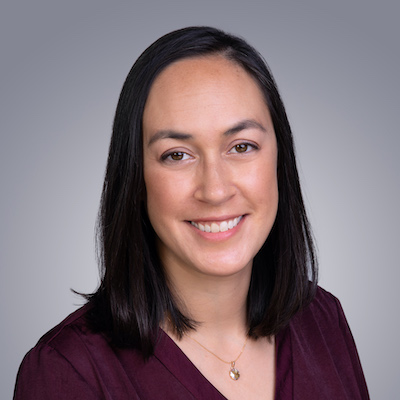 Emily is an integrative scientist with over 12 years of research experience in genetics, genomics, and evolution. She earned her Ph.D. in Evolutionary Biology from Harvard University and completed a postdoc at UC Davis, receiving grants and fellowships from the National Science Foundation, National Institutes of Health, and the University of California-Davis. Emily has authored 10 publications with over 2000 citations and has a history of designing assays to quantify phenotypes. 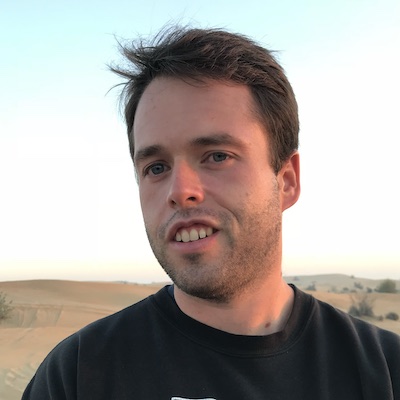 Joe is an expert in using statistical methods to understand human biology and improve human health. Prior to BigHat, he co-led the team at Prealize Health as a Senior Data Scientist, where he created novel models using large healthcare datasets to enable proactive care. He holds a Ph.D. in Genetics and a MS in Statistics from Stanford University, where he was a Stanford Graduate Fellow, and a BA in Biology from the University of Chicago. His graduate work focused on understanding the impact of rare variation on gene expression, and he has authored a dozen peer-reviewed articles. 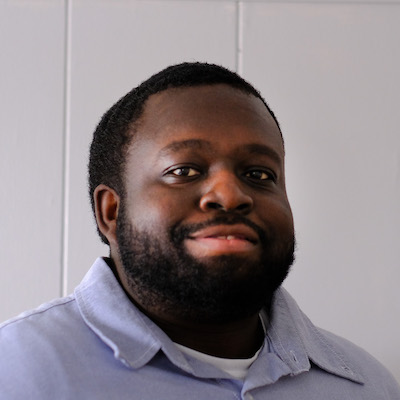 Reggie has almost a decade of experience administering modern IT infrastructure. He is eager to share his experience in securing internal systems, SaaS application management, and Device Management. Reggie has also worked with a wonderful team to achieve ISO27001 certifications at two different companies. His current role is that of a Systems Engineer at Markforged. 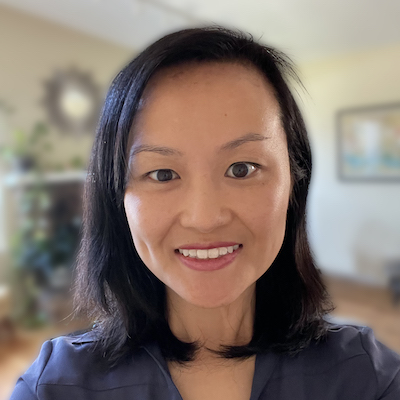 Shan is a protein scientist with over 10 years of experience in molecular biology, antibody production, and cell line engineering. She completed her BA at UC Berkeley and her PhD at Yale University, receiving awards and grants from the National Science Foundation and National Institutes of Health. Prior to joining BigHat, Shan led the antibody engineering team at Gritstone Oncology, designing and generating novel anti-CD3 bispecific antibodies and earning inventorship on multiple patents. 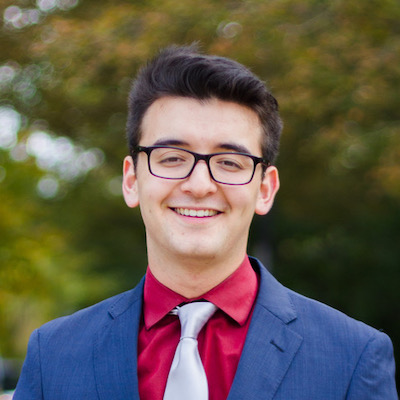 Aaron is an expert in the application of machine learning to the life sciences. He has worked on deep graph learning for spatio-temporal data at the University of Cambridge, probabilistic tissue deconvolution via RNA sequencing at the Alan Turing Institute, and breast cancer therapeutic targeting at UPenn. He has also worked on missions to explore infectious disease risk onboard the International Space Station and led software development teams for federal anti-terrorism efforts. He received graduate degrees in machine learning and genomic medicine from the University of Cambridge and Imperial College London as a Marshall Scholar. 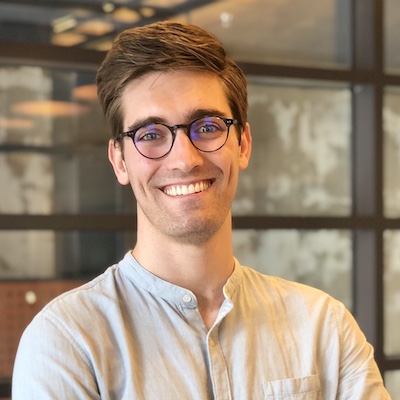 Ryan is an expert in emerging and re-emerging pathogens and leader in drug discovery and resistance. Ryan is also an Associate Scholar and Lecturer at the Center for Global Health at the University of Pennsylvania School of Medicine and a contributor to national policy on global health issues in the US and UK. He holds a PhD in Infectious and Tropical Diseases from the London School of Hygiene & Tropical Medicine (Marshall Scholar) and a BSc (Hons) in Biochemistry and Molecular Biology from Penn State. In 2021 Ryan will receive his MD from the Perelman School of Medicine at the University of Pennsylvania. 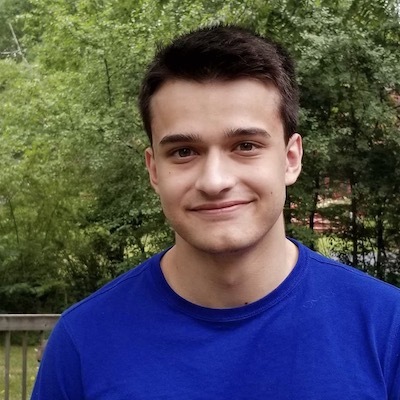 Vivek is an undergraduate at Stanford University studying math and computer science. He has interned at Facebook and done undergraduate research at Cornell and Stanford, focusing on active learning, multi-armed bandits, and reinforcement learning. 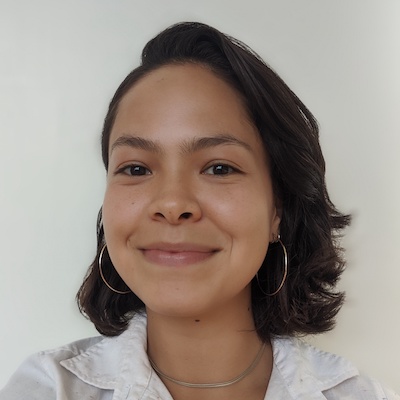 Anna graduated from the University of Rhode Island with degrees in Pharmaceutical Science and Biological Science and a master’s from Tufts University in Conservation Medicine. She has previously worked in a range of biological disciplines including immunology, virology, and environmental toxicology. Prior to BigHat, she worked at the Plum Island Foreign Animal Disease and Diagnostics Laboratory and at BioMarin. During her graduate degree, she completed two pilot studies and has been published in the National Center for Case Study Teaching in Science. 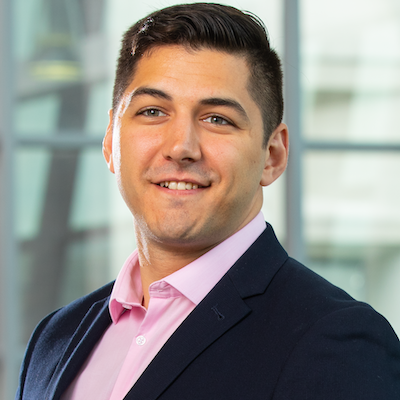 Phil is an expert in engineering AI and automation solutions for the physical sciences. Prior to joining BigHat he built the brain on a mobile robotic chemist at the Materials Innovation Factory in Liverpool. Phil continues to develop AI tools for materials science as a computational research associate at Brookhaven National Laboratory. He received his DPhil in Chemistry from Oxford as a Marshall Scholar, and a BS in Chemical Engineering at the University at Buffalo. Phil has developed an appreciation for interdisciplinary challenges, publishing across physics, chemistry, and biology. 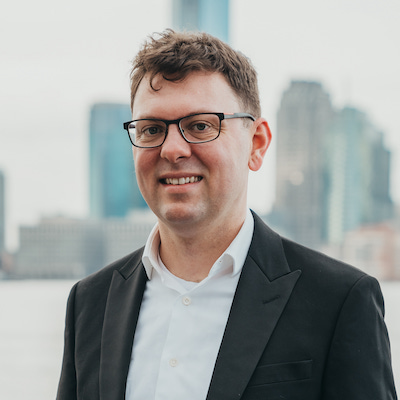 Andrew is an Assistant Professor at the Courant Institute of Mathematical Sciences and Center for Data Science at New York University. His research focuses on probabilistic machine learning, Gaussian processes, Bayesian deep learning, and geometric deep learning. He co-founded the popular GPyTorch and BoTorch libraries for scalable Gaussian processes and Bayesian optimization. Andrew is an area chair for all the major machine learning conferences. He received his PhD in statistical machine learning at the University of Cambridge, was a research fellow at Carnegie Mellon University, and faculty at Cornell University. 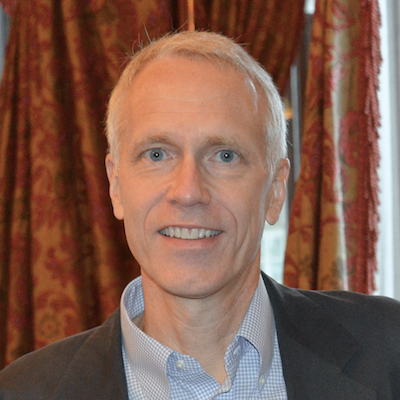 Brian is Professor of Molecular and Cellular Physiology at Stanford University focused on characterizing the structure and mechanism of activation of G protein-coupled receptors (GPCRs), for which he received the 2012 Nobel Prize in Chemistry. 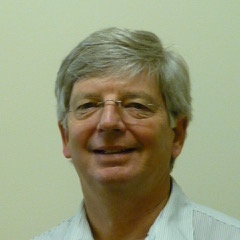 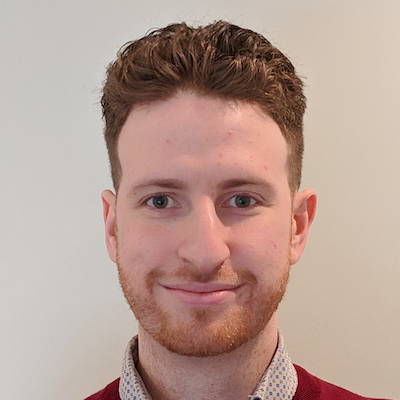 Jacob is an Assistant Professor of Computer and Information Science at the University of Pennsylvania. Jacob's research is in machine learning, with a focus on scalable methods for probabilistic machine learning and Bayesian optimization. Jacob co-created GPyTorch, one of the most popular OSS packages for Gaussian processes; was a Research Scientist in Uber AI Labs; and completed his Ph.D. in Computer Science at Cornell University. 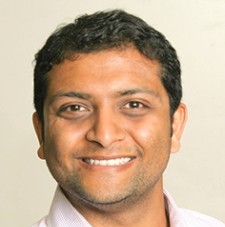 Javin is Assistant Professor of Chemistry and Biochemistry at California Polytechnic State University, San Luis Obispo. His research leverages cell-free protein synthesis technology and an expanded genetic code to manufacture, on-demand, previously intractable proteins and to elucidate how these proteins support the physiology of healthy and diseased cells. Before joining the faculty, Javin completed his post-doctoral training at Northwestern; he holds a Ph.D. Biochemistry from UC Santa Barbara. 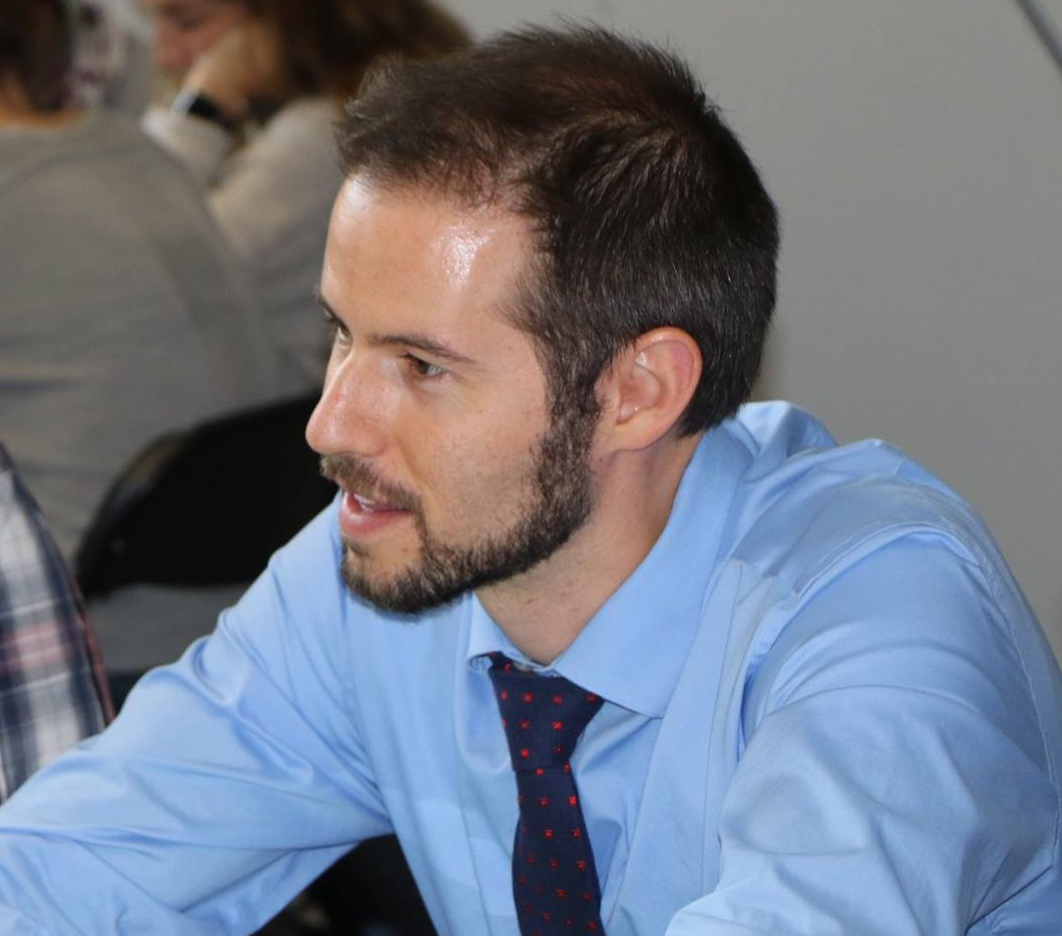 Nigel is Assistant Professor of Chemical & Biological Engineering at Iowa State University. In his lab, Nigel develops cell-free protein synthesis technologies and biosensors for biomedical and agricultural applications, with a particular emphasis on multifunctional, protein-based materials for medical, consumer, and sensor applications. Nigel is a founder of Skroot Labs, carried out biomaterials research and technology scouting at DuPont, and holds a Ph.D. in Chemical Engineering from MIT. 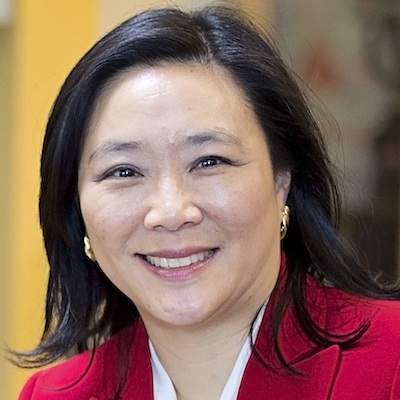 Pauline is a Partner at Red Sky Partners, an advisory firm in Cambridge, MA serving biotech companies and Boards in interim C-level management roles, driving corporate strategy and corporate development, and planning, executing, and completing strategic transactions. She has 30 years of experience in the biotech industry and has closed over 100 transactions during this time. Pauline was a founding member of the Biotechnology Industry Organization's Business Development Advisory Committee and launched the BIO Business Development Fundamentals course. Pauline has an MBA from the Kellogg School of Management at Northwestern University. 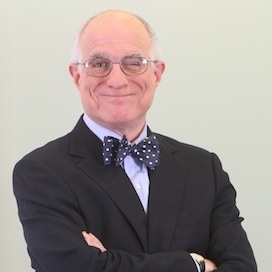 Stan is an experienced life-science entrepreneur and inventor with over 30 issued U.S. patents. He founded and led SynapDX, ​Helicos BioSciences, Exact Biosciences ($EXAS), Cytyc ($CYTC) and is a member of the Board of Directors at Glympse Bio, Binx Health, PathAI, Fractyl Biosciences, and T2 Biosystems. Stan has held academic appointments at Tufts and MIT and is a fellow of the American Institute of Medical and Biological Engineering. He received his B.S. in engineering from Cooper Union. 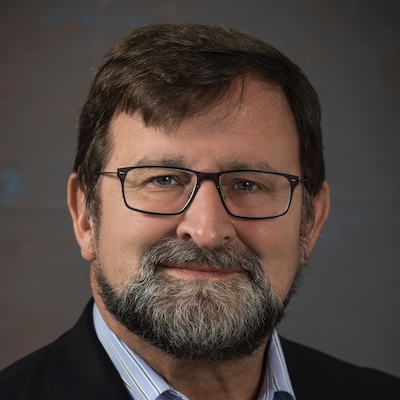 Steve is an expert in protein engineering with over 20 years of experience in the design and development of antibody, cytokine, and fusion protein drugs. After receiving a PhD in Cell Biology at Johns Hopkins University School of Medicine and postdoctoral training at UC Berkeley, he held positions at successful biotech companies including Director Cell Biology at Exelixis and was VP, Research at Xencor, FivePrime Therapeutics, and Xoma. He most recently served as Chief R&D Officer at Nektar Therapeutics. Steve sits on the Board of Directors of Dicerna, and the Biotechnology Advisory Board of the University of Delaware.

Visit our careers page to see open positions at BigHat.